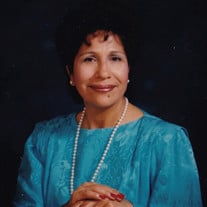 Mary G. Henry nee Rocha, 87, passed away surrounded by family in Homer Glen on Jan. 15, 2020. She is survived by her loving family: Children: Patrick (Joan) Henry of Solvang, CA, Irene (Timothy Ehritt) Henry Ehritt of Ventura, CA,Michael Henry of Knox, IN, Rose Ann (Ronald) Diederich of South Chicago Heights; Grandchildren: Katelyn (Gary) Monday, Brenna Keelers, Maeve (Brian) Willis, Garrett (Evelyn) Henry Ehritt, Morgan (Brent Moyer) Henry Ehritt, Michael (Jaime) Henry, Colleen Henry, Stephanie (Steven) Philipps, Bryan (Sarah) Finn, Zackery Rocha. Great-Grandchildren: Enzo, Mia Willis, Emerson Ehritt, Devin, Sloane Henry, Julia, Summer, Ryan Glover, Faith Henry, Hunter, Lily Philipps. Mary G. Henry, daughter, sister, BEST mother. 2nd of 10 children, Spanish was her 1st language, Mary was bi-lingual before it was a “thing.” Mom went from a brief stint at a nunnery before Roger Henry captured her heart and she brought 4 children into the world. Mom raised us with 3 core mantras, Intensity [look to figure things out, don’t expect things to be handed to you]; Intellect, [be smart, mediocrity was not an accepted level of performance]; most importantly, integrity, if you have no integrity the rest is inconsequential. Mom also instilled within us that life was not about what was in your wallet rather what was in your soul, your spirit. Today we crowned her “Best Mom” as she enters her next adventure. Love ya Mom! Mary’s sister “Irene” is the caregiver and ear for all her siblings. We, the nieces and nephews, referred to her as “Aunt” Irene not “ant” Irene. She is not a bug, she would tell us. Aunt Irene took care of her sister, our mother for the last 15 years without a complaint. She was there for her sister, day and night, without complaint. Occasionally, my mother would challenge her sister Irene by telling her that she was hungry at 2am and that wake her up again at 6am and wonder when they were going to have breakfast. Aunt Irene, you have given your life to your family, have cared for your sister, Mary with love and kindness. Thank you. Visitation will be held on Friday, Jan. 17th from 2:00 – 8:00 p.m. with a time for sharing memories at 7:00 p.m. and Visitation on Sat. From 8:30 a.m. until time of prayers at 9:15 a.m. at Kurtz Memorial Chapel, 65 Old Frankfort Way, Frankfort, IL 60423. Mass will be at 10:00 a.m. at St. Agnes Church 1501 Chicago Rd. Chicago Heights, IL. Committal Service following at the Chapel at Assumption Cemetery in Glenwood, IL. Memorials may be directed to the Cancer Support Center 19645 South La Grange Rd. Mokena, IL 60448. To sign guestbook of for information visit heartlandmemorial.com or call 708-444-2266.

The family of Mary G. Henry created this Life Tributes page to make it easy to share your memories.

Send flowers to the Henry family.